Burq Off! is an autobiographical coming of age comedy about a British Pakistani girl trying to find herself in two madly opposing worlds. Nadia Manzoor was raised a cultural yoyo, bouncing between the expectations of her conservative Muslim family and her saucy British school friends. From her discovery of ‘sex’ at the age of 5, to falling in love with an Irish Catholic boy who must be keep secret, Nadia’s search for self is punctuated by fierce Bollywood dance moves, a blackout drinking incident, and an Islamic teacher whose interests range from slapping to pornography. Love, lies, a burqa and a bikini. Nadia has no idea who she is, but she’ll try anything to find out.

Nadia P Manzoor is a British Pakistani actor, writer, and producer, whose autobiographical one-woman show, Burq Off! has had sold-out runs in New York, LA, San Francisco, London and Toronto. She is the co-creator and performer of Shugs & Fats, a Gotham Award winning comedy web series and has recently been named one of the twenty-five new faces of independent film by Filmmaker Magazine.

Nadia’s has appeared on CNN, The BBC, NPR, Al Jazeera and Radio Q and has been featured in Elle India, Vogue India, The Daily Beast, and The Times of India. She recently delivered a TedX talk on creative collaboration, and is a frequent guest speaker on panels that focus on women in Islam and Muslim identity. She is the founder of Paprika Productions, an all-female production company that produces works by brave, curious women.
www.nadiapmanzoor.com 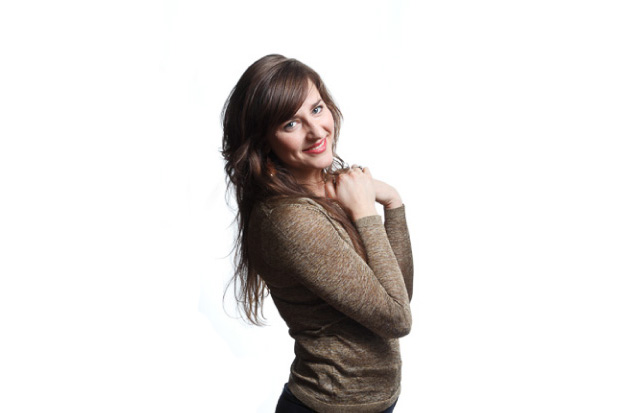 Tara is a director, writer, producer and educator who translated and directed the English language premiere of the prize-winning Chilean play Las Analfabetas, and is a recipient of the Tow Travel Grant to research theater in Cuba. She developed and directed the critically acclaimed one-woman show Burq Off! and is a producer of the Gotham Award winning web series Shugs & Fats. She has created and directed educational, community, and professional theater in New York, Toronto, Russia, Italy, France, Chile, Costa Rica, London, Seoul, and in various U.S. states She is an MFA Directing candidate at Brooklyn College.
www.taraelliott.com

Haejin Han is a stage manager and lighting designer from Seoul, South Korea. She has served as assistant production manager for Brigadoon on Broadway; assistant technical director for Hero at Lincoln Center Theater; stage manager for Sweet Science Suite at the BAM Harvey Theater. She received the Outstanding Stage Manager award at the New York Innovative Theater awards, 2014. Her lighting design credits include Window, Burq Off!, Sunken Cathedral, MoM a Rock Concert Musical, and Love at Home. Currently, she is working at Martha Graham Dance Company as a production supervisor and touring with Burq Off! as production stage manager/Lighting Designer in LA, SF, UK and Asia.
www.haejinhan.com

BURQ OFF! is presented by Paprika Productions.

Paprika Productions tells stories. Through theater, film, and event production, Paprika Productions is dedicated to curating and creating stories with humor and authenticity. We’re spicy, colorful, and bold. We’re a team of women and our stories seek to speak to the stories of women. And listen to them. And tell them loudly.